The Rising Tied - Fort Minor - Go get it

I'm a big Linkin Park fan. I may be their only fan who isn't a 14 year old boy, but I just love the music, words, uniqueness, energy, and respect the marketing genius that is LP. I was skeptical when Mike Shinoda, one of the two lead singers, went off and started recording his own side project.

After listening to the album I am really happy that Fort Minor's Rising Tied is actualy a well produced interesting album. Get yourself a copy of the CD. You will be happy too!


Here's a review from a critic:
Fort Minor: Rising Tied (4 stars out of 5) | Orlando Sentinel Review

I work for the Walt Disney Company. If you are looking at my Blog you must be a friend or family. Why not follow my special link and take 20% off all your purchases? Just in time for the holidays!

That's right kids. 20% all your purchases at the Disney Store Online.

DisneyShopping.com has everything you need to make your holiday special. All you have to do to start saving is click the link below.

How to redeem your Friends & Family Coupon:
1. Click here start shopping:
2. Place one or more eligible items in your
Shopping Cart.
3. Click the Friends & Family banner in the
Shopping Cart.
4. Apply the promotion in the Special Discounts
and Offers Box.
5. Continue Shopping or Begin Checkout.
Posted by Eric M. Strauss at Monday, November 28, 2005 1 comment:

Tulane University will be taking home an unexpected award on Thursday — one which they never dreamed of during preseason practice.

The school's football team has been named this year's winner of Disney's Wide World of Sports Spirit Award, given annually to college football's most inspirational student-athlete or team.

Specifically, the team is being recognized for its resilience and its indomitable spirit in the aftermath of Hurricane Katrina, which devastated the team's home city of New Orleans last August.

Mother nature forced the team to abandon its campus, and Tulane played 11 games in 11 different stadiums, including "home" games in six different cities. The team endured countless logistical challenges in an effort to fulfill the request of university president Scott Cowen to "carry the torch, be the face and represent the name" of Tulane University.

"The Tulane University football team handled these incredibly difficult circumstances the same way we would hope that we would if faced with the same challenges — with fortitude, resolve and unwavering optimism," says Disney Sports and Recreation Vice President Reggie Williams, a former Cincinnati Bengals linebacker.

"Their determination amid such extraordinary circumstances is a testament to the character and leadership within their football program, and is reflective of the very ideals that led us to create Disney's Wide World of Sports Spirit Award."
Posted by Eric M. Strauss at Thursday, November 03, 2005 No comments:

There are only so many words in the English language, but surely we can come up with more original phrases than they do on NBC's The Apprentice - Donald Trump edition.

I was just catching up on season 4 when I noticed two ridiculous cliches repeating themselves. Surely, at the end of the day the contestants can step up to the plate and think of some alternative colloquialisms to use.

cli·ché = a trite or obvious remark
Posted by Eric M. Strauss at Sunday, October 30, 2005 No comments:

I graduated from Tulane Univeristy and loved my time in New Orleans, before it was flooded. 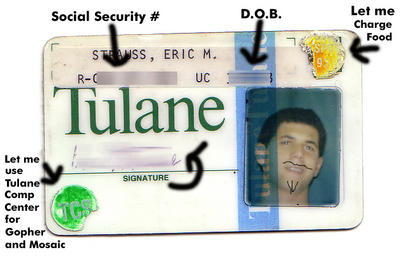 Yesterday I was cleaning out my drawers and I ran across this old memento - my college ID. It struck me how much personal information was placed on it in the mid 90s. I wonder now with identity theft a concearn of the common man if they still have photos, signatures, date of birth, social security numbers and a simple sticker that allowed me to post grocery charges to my parents back home.

If you are confused by the computer center sticker... Maybe you think AOL invented the internet or that you were cutting edge when you started IMing your grandparents back in 2002.

Asking what Gopher and Mosaic is? If you don't know - you don't know. It's what Al Gore, Marc Andreesen and I used to create the internet.
Posted by Eric M. Strauss at Tuesday, October 25, 2005 No comments:

Check out some of my photos taken with my Moto v600 cell phone. 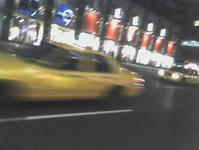 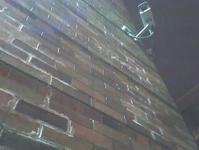 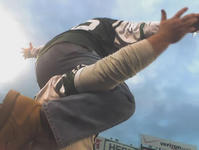 I Co-produced a show about what to do if you are a female and caught in a dangerous situation. It's good information to really help you. Check it out. PrimeTime, Thursdays at 10pm/9 Central on your local ABC channel.

Check out expert advice online too:
Posted by Eric M. Strauss at Wednesday, October 19, 2005 No comments:

Ok, so anyone who knows me knows that I am a miles horde. I have been saving up miles on my American Express Card, Marriott, Starwood, Multiple Airlines. I don't think I've ever even cahsed any in *.

I see now that AMEX must have lost their mind and they are giving away prizes like 5 day rafting trips for 1000 points. http://exclusivesevent.membershiprewards.com/

The trick is you have to log on at 2pm EST and be the first to claim the prize. I've been trying to figure out how to get the goods, but have had no luck. Anyone already claim a prize and wanna let me know how you did it?

- Browser? Time you signed in? Were you sitting on a prize and just hit redeem? Did you have to refresh right at 2pm? Ia their 2pm my 2pm (Fast or slow)? There could be a bonus in it for any leads that work!

Did you catch my famous pastry sculptor sister on NBC?


If you didn't you may want to sign up for her mailing list. She is starting a newsletter about her company. She has a book coming out soon and more TV appearances.

Sign up by sending a blank email to: cakenews-Subscribe@confetticakes.com

Need a gift in a flash for me? My new interest is emergancy rescue vehicle models. Code 3 Collectibles is where they can be found. The smaller the better. 1/64 scale is what I like.

I've been working a good part of the summer on a program that is scheduled to air this Thursday on ABC: PrimeTime Live at 10pm. We visited the Arizona Department of Juvenile Corrections and watched as they tried to reform incorrigible youth.

Please check it out and let me know what you think. This Thursday at 10pm on ABC. Spread the word.

They start out like most children – bright, loving, eager to please -- until something goes terribly wrong. Across the country, some 104,000 troubled teens are locked up in juvenile correction facilities. In an hour-long “Primetime” report, Co-Anchor Chris Cuomo goes inside two of these facilities in Phoenix, AZ, and meets a group of kids at a critical turning point – they have one last shot to either change their ways or face the prospect of doing time in an adult prison. “Primetime” was granted unprecedented access to Arizona’s system for juveniles and spent nearly six months following these teens as they wound their way in and out of the system. Along the way, they share their shame, their secrets and their dreams. They show their pride and promise. And in the end, they reveal that behind the behind the tough talk and bravado, they are still just kids. “PRIMETIME" airs THURSDAY, AUGUST 4 (10:00-11:00pm ET) on the ABC Television Network.